How to keep secrets secret in the cloud 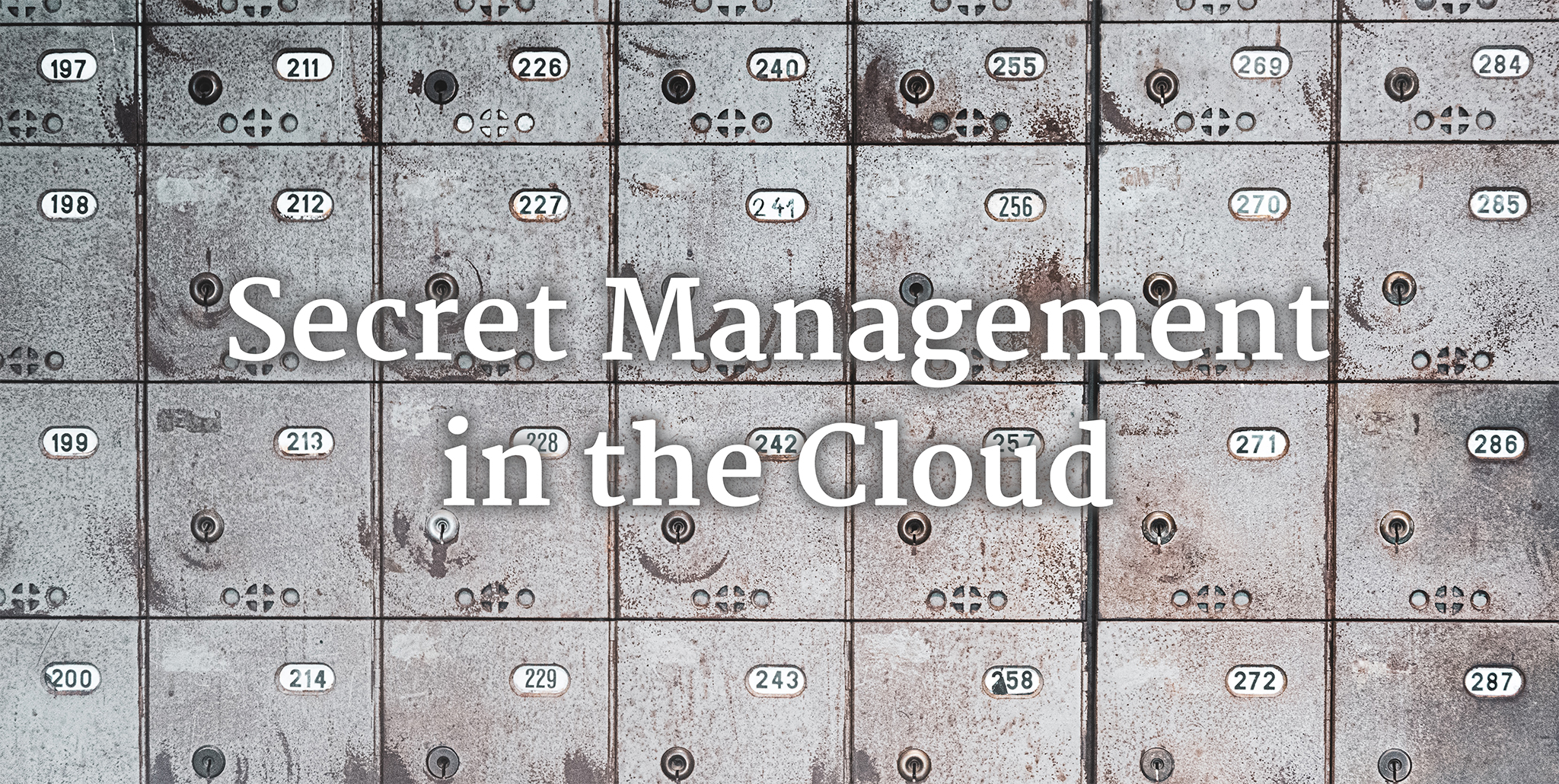 In this article, I want to show you how to do proper secret management that doesn't compromise on the easiness of use and works with any frameworks or programming language you use!

It is too easy to leak secrets knowingly and unknowingly, both because of programming mistakes and people have too wide access to the important stuff.

The first example is storing secrets as environment variables. That is a bad idea for several reasons:

So for those reasons, nobody should store secrets as environment variables! I have done it myself before, and that was because of a combination of not knowing better and not knowing the right tools. If the correct solution is too complicated the incentive is not there to do the right thing.

Berglas is an open-source project that will help you store your secrets encrypted in a central storage place, then when you need those secrets it will exchange the right private key, decrypt the file and provide the secrets the place you want it. Super simple, but very secure and powerful.

Berglas CLI helps you automate the process with:

At the moment the depends on Google Cloud Storage and Google Cloud KMS (public/private key storage), but it runs on any server both inside and outside Google Cloud. The critical part is that it needs a storage and KMS service.

You can find it all here in the Berglas repo, but I will show you a short and concrete example here in the blog post! https://github.com/GoogleCloudPlatform/berglas

You need to have Google Cloud SDK installed on your computer and you can install Berglas from the instructions here: https://github.com/GoogleCloudPlatform/berglas#setup

What it tells you in short is:

After this we can now create a secret by doing a berglas create:

You can edit it again. $ berglas edit ${BUCKET_ID}/my-secret

However note you need to provide a editor in the terminal. They are defined by the EDITOR environment variable. Two exampels if you want to use vim

or if you want to use VS Code, notice the wait, that means that berglas will now when you have finished editing by you closing VS Code! You can try it out yourself on the commandline by doing code --wait mytext.txt && echo hello.

"BUT hey, how does it know which KMS key to use?"

They do something clever where they store the key name as a Metadata attribute on the file in GCS, you can look it up yourself by using the Google Cloud storage cli $ gsutil stat

That is very clever and make it much easier to edit secrets and less tedious!

Accessing secrets in your server program

Say we have a Node.js server, how do you access the secrets we just created?

We have to use berglas syntax in our environment variables (coming back to that later!) to tell what secrets to fetch. As Google Cloud storage buckets are globally unique, we don't need to specify project id.

We run it with berglas exec -- so it will look something like this:

And then testing that it works:

This will access the key as your user, because you are authenticated with the GCloud SDK. It will only do it once, so if you update the secret, berglas will not know and you will have to restart the server.

Accessing secret on a server

You are not logged in on remote servers as yourself and that is where service-accounts come in. For example Google Cloud Run, there will already be a service-account by default attached to your server. This helps in that you don't need to create a new one and configure that.

In the Cloud Run example, they show you show to find out the email of the default compute service-account and then give that account access to your secret. Nobody have automatically access to your secrets, it needs to be implicit given, unless you are a Owner/Editor of your Google Cloud Project, which you will be if you created the project.

You can see the Cloud Run node.js example here: https://github.com/GoogleCloudPlatform/berglas/tree/master/examples/cloudrun/node

You can create a service account under IAM in the console and give it the following permissions: https://github.com/GoogleCloudPlatform/berglas#create

Then you can use the Service Account JSON you downloaded and Berglas will know where to look for it: export GOOGLE_APPLICATION_CREDENTIALS=/path/to/my/credentials.json https://github.com/GoogleCloudPlatform/berglas#authentication

Not using environment variables to store the key

In my example I just showed above I used environment variable and it is a bad idea as we discussed in the introduction. So here is how to do it correctly:

First change the entry to output it as a file, two options:

Will make a random file and instead give you the path as the environment variable, like $TMPDIR/02131230

or you can do

and in your application you can do:

So to start it, it will look like this:

Did you see in our code that we are deleting the secret after we read it? That is so that it is much harder for secrets to be leaked. A hacker can't just read a file or an environment variable to get your secret if they want to find the secret they have to get it out of memory which is much harder.

Storing secrets is more difficult than just storing it in plaintext, there is no doubt about that, but doing the right thing and not jumping over where it is lowest is required with secrets. If secrets are compromised the amount of time there will have to be spent is both larger and the potential damage for both customers and in reputation are often extremely large.

With Berglas it is easy to get started and the inertia is small if you begin to learn the tools and see it as a requirement instead optional.

You will sleep better knowing you did a great job! ;)