Trekking on Skåneleden - Coast to Coast 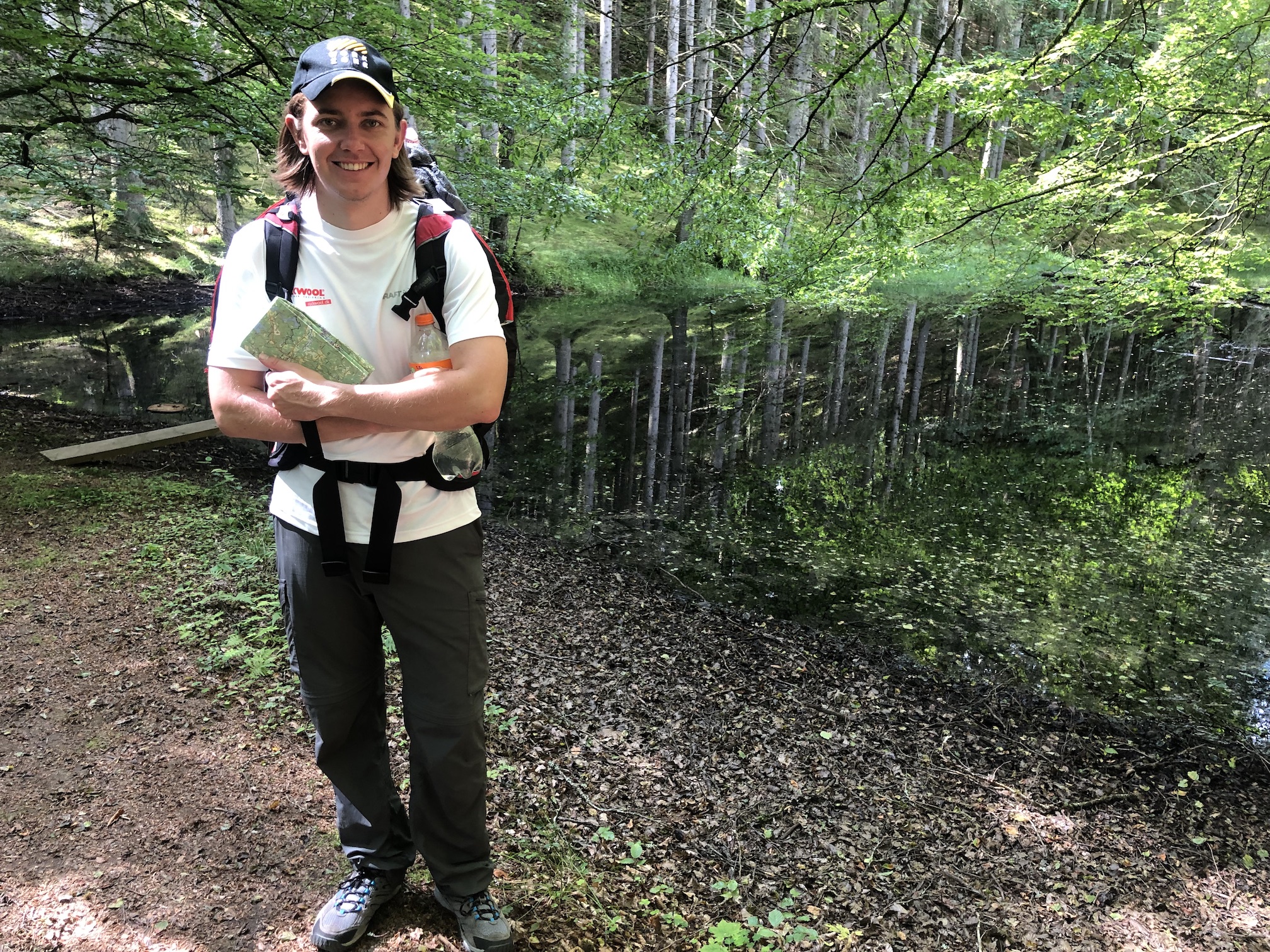 I just came back from Skåne in Sweden where my Girlfriend and I have followed the trekking route Skåneleden. It was a fantastic trip and something I wanted to do for a while, trekking with everything you need on your back; food, tent, cooking gear, clothes, water, everything basically!

There are several routes of Skåneleden in Skåne and we had choosen the Coast to Coast as it is more in the north and had more forrest. Our plan was to start at Sibbhult and walk to Ångelholm.

We left Saturday morning from Valby and we were going to Sibbhult, a short trip that only takes 2,5 hour with train thanks to the great connection between Danmark and Sweden across the sound.

We had packed our bags and mine weighed in at 18 kilos. It was a similar weight I had when we were 3 months in South America, and I remember at the start it was heavy but at the end of the trip, it was no problem. On this trip, the backpack was definitely something that made it more tiring, the pressure on your feet increases when your body gets 20% more weight on.

We had packed two gas containers for the Trangia, but it turned out we only really needed one. That was 600 grams we could have saved. I also brought along two power banks and ended up using little more than 1. In general, we where nowhere near power as often to charge phones, but that wasn't needed either, but that meant we only tracked 3 days with Strava on my iPhone.

We also brought with us a lot of dry food, but we came across so many shops that we could have saved a bit on that weight as well, but we were sure we didn't ran out of food! 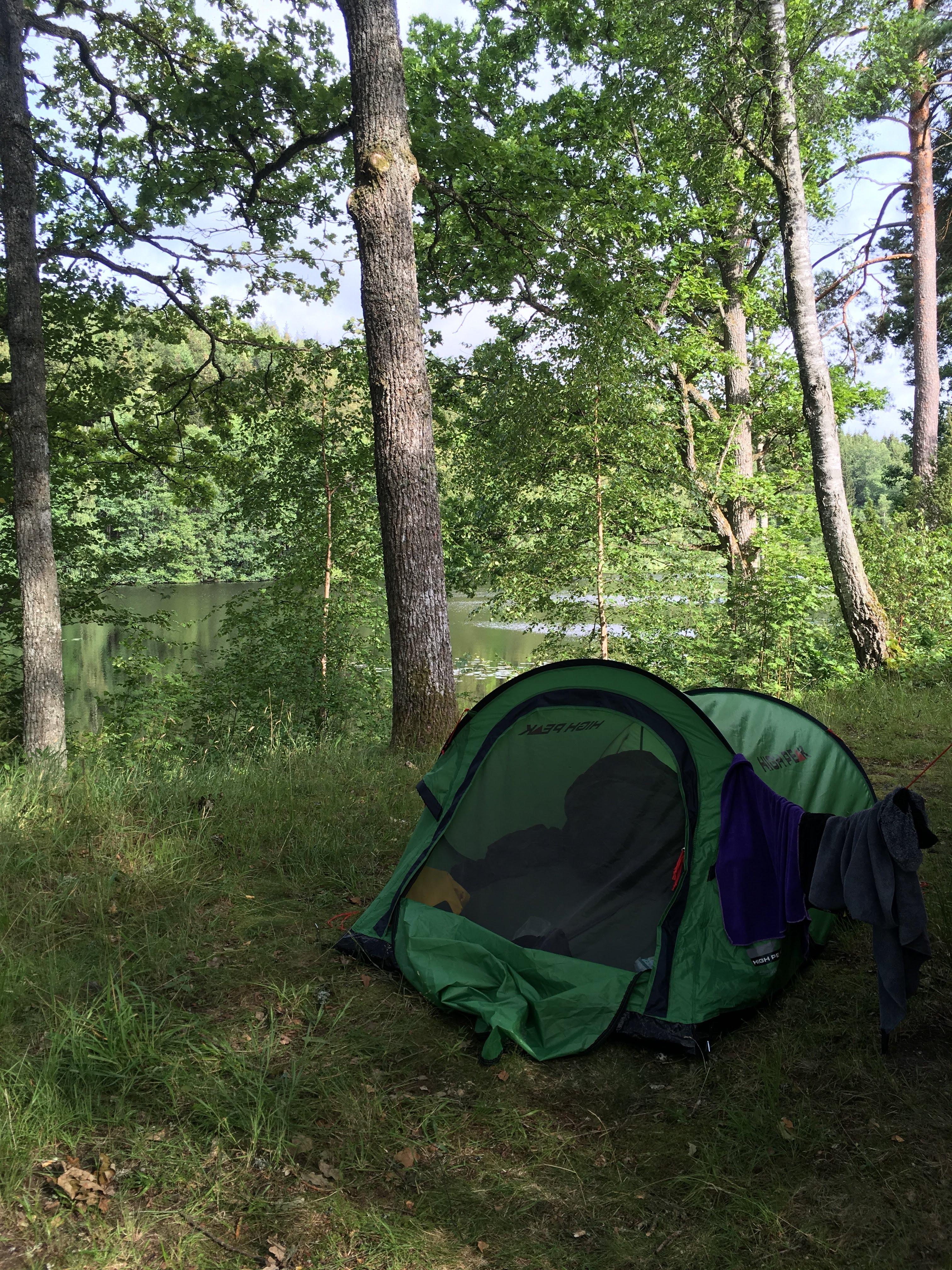 Sofie had bought me a pop-up tent for Christmas which was what kickstarted the whole trip. It was a nice small tent that only weighed a little more than 1 kilo and I clipped it on outside my bag while we walked. That turned out well and it was amazingly quick to set up camp and roll out the sleeping pads when you arrived super tired.

Packing down the camp was my biggest surprise, it simply took a long time every day to do because everything had to be done in a sequence. And when everything is packed tightly and has to be worn on your back it really counts that you did it correctly. But that comes down to practice and it was our first trip with all things on our backs.

In Sweden, they have "allemansrätten" (the right of public access), which means that you are allowed to put up your tent anywhere for 1-2 days in the wast space that is Sweden even though the land is owned by a private. That sounds incredible, that means that you are not forced to sleep at camping sites. In Denmark there are only certain places where you are allowed. We stayed 5 nights in the wild and 3 nights in camping sites.

One thing that is too easy to underestimate is how much water you need when you stay in public and you have to carry the water it becomes quickly heavy to bring along 2-3 liters of water per person to be sure that you have enough.

We asked for water from private people along the route about 3 times, the other times we either took it from a camping site or one of the many public water taps along the route.

We walked part of the 260 km Skåneleden Coast to Coast route and although you are allowed to camp anywhere in public there were very few ideal places to camp. So many places are either very uneven, is on a steep incline or is simply too overgrown to put up a tent.

The route is very well marked, the route has orange marks on trees and arrows when the road turns, that was impressive. We had bought a map which turned out super handy so we didn't have to reply on Smartphones or print-outs. The map was in general pretty precise, but even the best map can be difficult to follow in a tight forest full with cranks and turns. 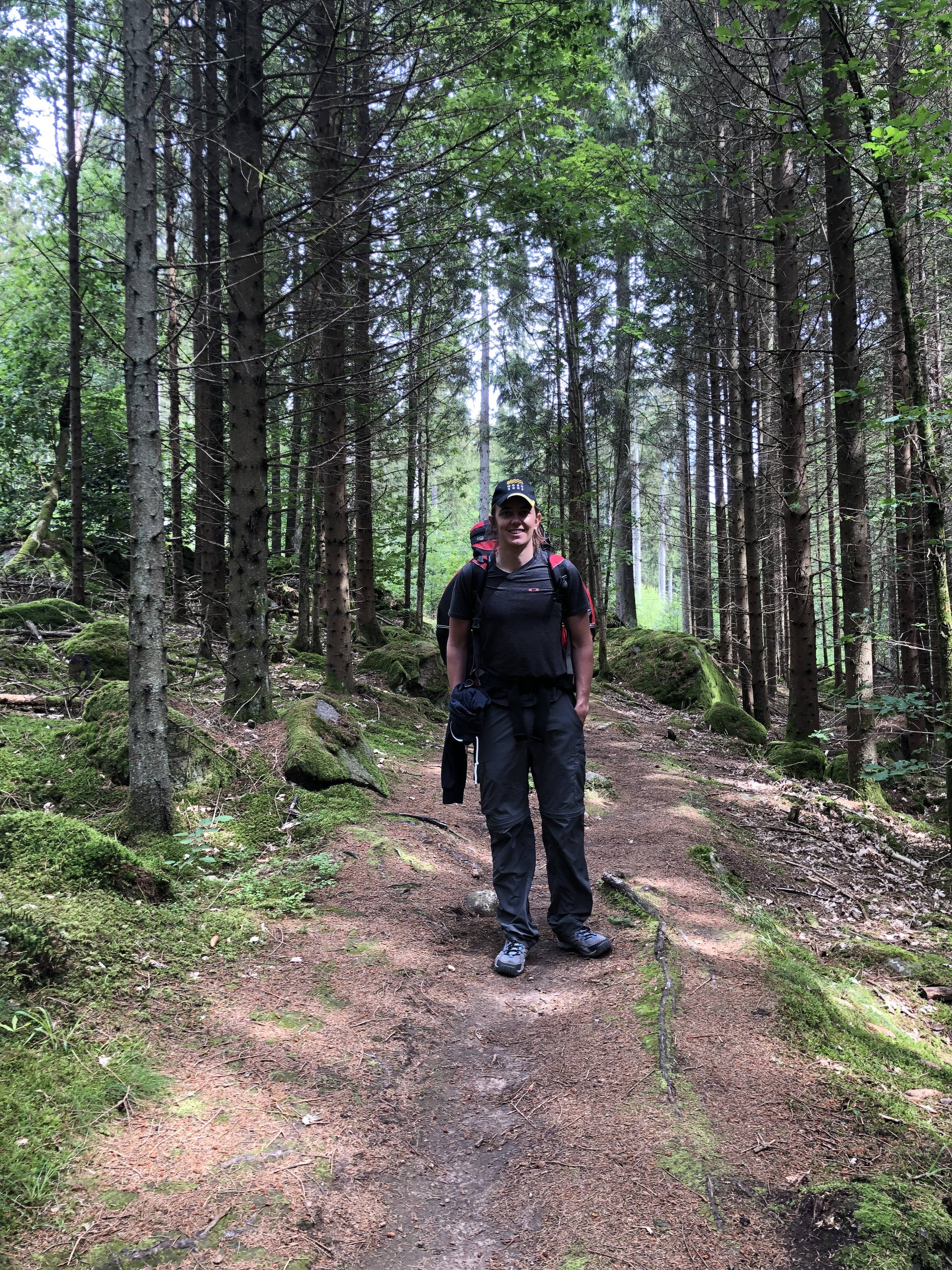 It was nice weather for most of the days, the very first night it rained a lot, but after that, we had 6 days with dry weather. That has a big impact as when it rains you have to dry your stuff a bit before you pack it down, that definitely makes the trip much longer!

Camping along the route

The three camping spots we stayed at was also great, sleeping in the wild is exciting, but getting a hot bath after a long day in the sun is a better way to go to sleep.

Of the three we stayed at, Osby Camping, Vittsjö Camping, and Toreskov Camping, Osby was the best, it was right out to the lake and everything was new and nice.

We ended up taking public transport from Vittsjö to Bådstad, as there are several long stretches in the woods with very little water. Even though we are fit, walking without certainty of water was a too big challange for that trip. We went to Båstad which is near the water and we got to walk along the beaches.

We ended our trip staying at Best Western 57 in Ångelholm and what a wonderful way to end it haha! Going from sleeping on the ground to sleeping in a 4-star hotel. On the day after we went on (the new battery-powered!?) ferry from Helsingborg to Helsingør in Denmark.

In total we walked more than 130+ kilometers, it is difficult to keep total track of length as we were offline for the most of the trip (what an unusual thing in 2019?! 😂), but we did have step counters in our phones and 3 strava trips.

Yes, definitely! It is a beautiful, really narrow route with places that you only can pass by on legs, some places would be impossible even on a bike! The weather has a big impact as trekking and sleeping in tents while it rains makes everything ten times worse.

There is a lot of nice people along the route and people know what path (Skåneleden) that you are walking along, however, we only saw 3-4 others that also trekked while we walked, so you will have the whole forest for yourself pretty much! 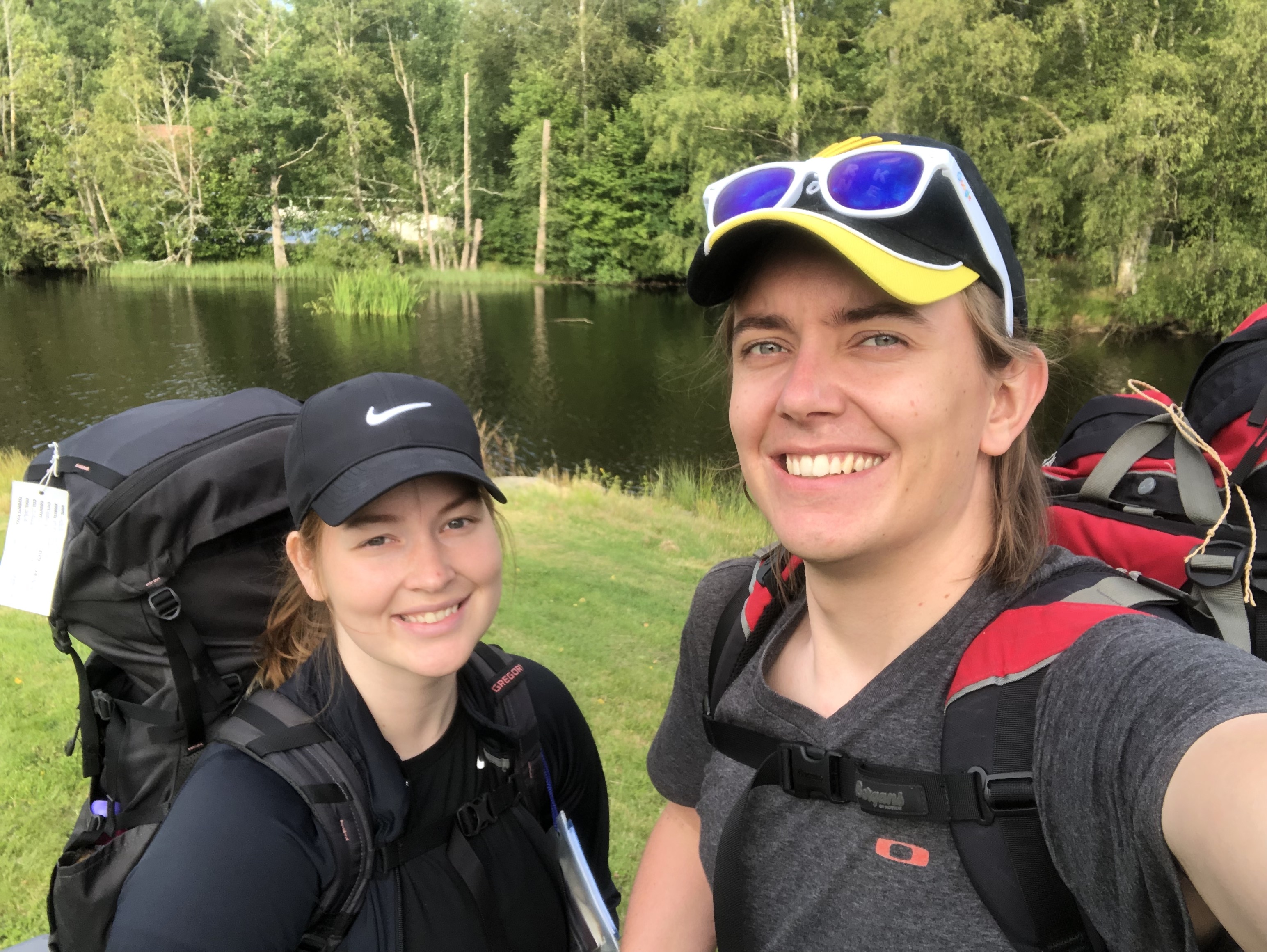